HomeReal EstateWhat is Land Survey? Overview of its working other details
Real Estate 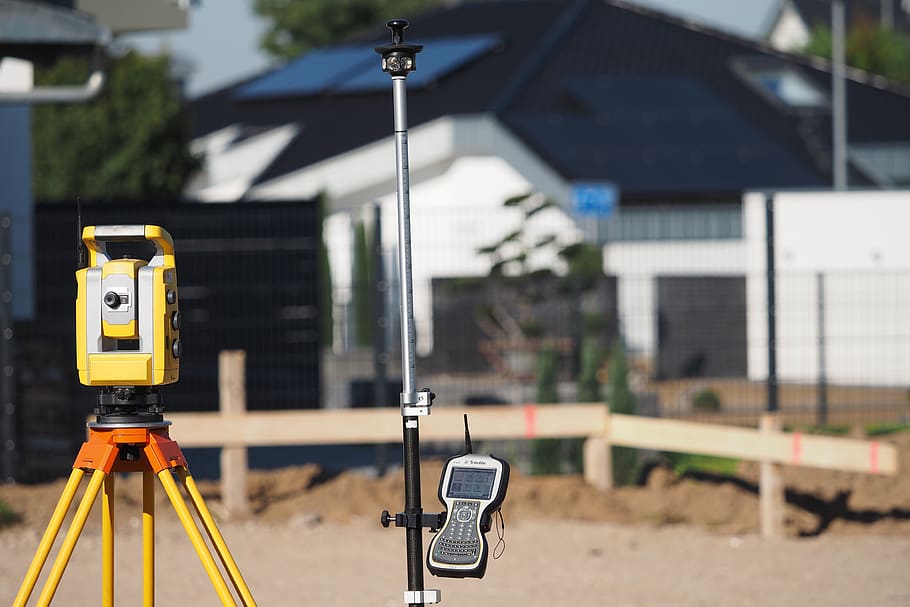 The description of the Earth’s surface is obtained through a technique called a land survey. This technique involves measuring horizontal and vertical angles at one specific location to establish its coordinates others can use to find your property. Thus, it is also used to create legal boundary descriptions for properties.

Land survey work usually begins by creating a starting point or station point, used as the basis reference for other measurements. From this station point, all angles are measured, using simple geometry to determine distances between topics covered in whole or part by trees, shrubs, etc., thereby making them invisible from the central station point.

These calculations are coordinates that give precise locations of the Earth’s surface for other known points. These locations can be represented by the graphical methods or mathematical computations used to solve these problems; they can also be shown on maps and plotted to determine the Earth’s surface location of any other points that more stringent procedures may not have selected.

Work at a starting point

A surveyor will start his work and might use total stations, levels, rods and tapes, transits, GPS units, and laser detectors. The equipment will generate data that is then transferred to paper through notes and sketches. After that, this information must be processed mathematically to prepare it for plotting within a coordinate system such as UTM (Universal Transverse Mercator).

Land surveys are used for several reasons, such as dividing land within a family after one dies. Also, it is essential in the case of properties that may be disputed and need an official ruling. The process typically involves someone trained and licensed by the state to measure out property lines and determine where the boundaries exist on the land.

In addition to these, modern instruments also use more traditional equipment such as transits, levels, tape measures, plumb bobs, theodolites, dumpy levels, and total stations. When using this equipment, they must adhere to strict guidelines that govern the accuracy of measurements for a surveyor’s work to be considered legally binding.

It is essential for people who have the property surveyed or plan to have a survey done on their property to check with the local government offices to see what licenses and permits are needed. This way, they can ensure that legal guidelines are met when it comes time for the actual survey work.

Land surveying has been an essential part of civilization since humans first began building cities and living in organized communities. According to ” The History of Land surveying, the earliest reference to land surveying was found in ancient Egypt, dating back around 3200 B.C., where land surveys were recorded on stone plaques by tracing over how landmarks lay concerning one another, according to “The History of Land surveying.” Surveyors would use wooden staffs straightened in water and knotted cords, with knots equal to length units, to help them lay out plots of land.

Land surveying was also used in Mesopotamia around 2800 B.C., where stone tablets were used for record-keeping, and surveys were conducted by scribes who would use knotted ropes to measure distances between cities and temples. The land was divided into parcels that could then be traded or sold.

The practice of land surveying

According to ” The History of Land surveying, the practice of land surveying spread to Greece around 1000 B.C., where it was used primarily for tax purposes, according to “The History of Land surveying.” The Spartans developed a system that involved square-shaped plots of land, further divided into halves, thirds and sixths. This type of division shows up later in the Roman Empire, where surveyors would continue dividing plots into square or rectangular parcels. However, despite their influence on land surveying, the Greeks and Romans did not use instruments such as levels or GPS equipment to aid them in their work.

Christianity also played a role in early land surveying by introducing new standards and different measurements for consecrated ground, such as using a longer measure to encompass a gravesite.

In the United States

Land surveying was not introduced in the United States until 1620, when it was brought over by British colonists, according to “The History of Land surveying.” In 1730 Benjamin Franklin became one of the first individuals to be trained as a land surveyor in Philadelphia. During the 17th and 18th centuries, land surveying practices were shaped by custom rather than law, leading to many disputes among landowners. But as more people began settling in America, so did the need for formalized regulations regarding surveyors and their work. The Land Ordinance of 1785 established a system through which lands could be surveyed and divided into townships, each measuring 36 square miles.

Land surveys analyze the differences between various pieces of land. Finding a prominent location may lead you to the land of your dreams for your upcoming large residential or business site. You know that soil testing is necessary before the structural work while using grounds for decades or more.

Tips & Tricks to Sell Your House Fast in Manchester

How to find a Perfect Virtual Office in Miami?

Why do you need a Business Address for Rent?

How To Select The Right SEO Packages For Your Business?

Shipping A Car From Hawaii To California? Here’s What You Need To Know.

What Are the Advantages of Custom Printed Boxes Wholesale?

CCSP vs CISSP Which One is Better?