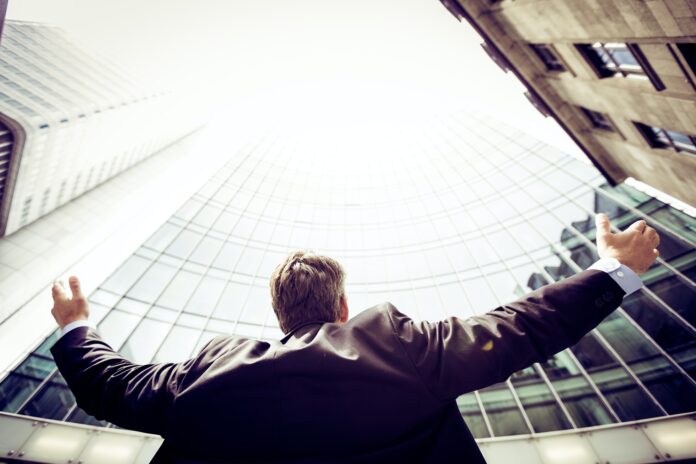 Celebrities are well known for their achievements in the entertainment and film industries. These celebrities have undoubtedly shaped the worlds of business and entertainment, even though success as an entrepreneur is not always a measure of talent.

Some famous people decide to make money from their profession by starting companies and developing goods sold to the general public. These famous business owners began and are still expanding the businesses they founded to produce products and services that benefit society.

Here we have listed famous celebrities that made their entrance into the entertainment and film industry and then turned to entrepreneurship later on.

Given that Fenty Beauty, Fenty Skin, and Savage X Fenty are currently the most well-known brands that come to mind talking about beauty products, Rihanna’s companies clearly dominate the skin and cosmetics industry.

LVMH’s Kendo Brands introduced Rihanna’s famous cosmetics line, “Fenty Beauty,” in 2017, and it was made accessible online and in stores in more than 150 countries. It was also praised for having a large variety of cosmetic products that were appropriate for people with different skin tones, such as foundations, highlighters, bronzers, blush compacts, lip glosses, and blotting sheets.

With a total of forty shades that can fit different skin tones, her company has won numerous awards, including being named one of “The 25 Best Inventions of 2017” by Time magazine. This is what has helped her business achieve international popularity.

Later, Rihanna made the decision to start a new company, this time selling lingerie rather than other types of clothing. As with her makeup brand, which caters to various skin tones, the underwear in her Savage X Fenty line, which debuted in 2018, comes in a number of colors to complement all skin tones and a range of sizes. In September of the same year, the singer unveiled the brand during New York Fashion Week as part of a marketing campaign for it.

The debut of her skincare line, “Fenty Skin,” in July 2020, represents her most recent entrepreneurial endeavor. A makeup-removing cleanser, toning serum, and moisturizer/sunscreen are the three components of Rihanna’s vision for this business, which can be a multi-tasking 2-in-1 essential.

Most members of the Kardashian-Jenner family group have gotten into business and aren’t content to limit themselves to becoming reality stars. Kim Kardashian is on this list of those who all found success there.

In 2017, Kim debuted KKW Beauty, a line of cosmetics, and KKW Fragrance, a brand of fragrances, in November of the same year. But it was her clothing line, “SKIMS,” that has been known internationally and continues to dominate the apparel industry.

A variety of shapewear is available from “SKIMS,” which launched in June 2019 under the name “Kimono.” She received harsh criticism, meanwhile, for the brand name, which detractors claimed was disrespectful to Japanese culture and failed to recognize the value of the traditional attire.

In response to public outcry, Kardashian announced in July 2019 that she would alter the name of her shapewear company, which she did in August 2019 by renaming it “SKIMS.” The following month, her company officially launched its digital store before being available on various other websites.

Being one of the top cosmetic companies in existence today, Kylie Cosmetics and Kylie Skin are two of Kylie Jenner’s enterprises that are well-known to consumers.

In August 2015, Kylie announced that she would be releasing her first line of lipsticks in connection with her self-titled lip kit, Kylie Lip Kit, which was later renamed “Kylie Cosmetics” in February 2016. Her cosmetic business took off immediately as the number of kits produced increased from 15,000 to 500,000.

According to Forbes, she became the world’s youngest “self-made” billionaire at age 21 in 2019, thanks to the success of her enterprises, but Rihanna eventually overtook her.

Selena Gomez has worked in the entertainment industry since she was a child, eventually becoming a singer. Now, she has decided to start her own business, “Rare Beauty,” which she established in 2020. Even though it appeared as though her company was still in its infancy, her makeup line did not let her down because it had already been a hit since its initial launch and had become widely popular on social media.

“Rare Beauty” provides vegan and cruelty-free cosmetics. All of the products’ textures are very adaptable, and they are made to suit anyone’s skin tone and skin type. Additionally, it offers a foundation line with 48 shades, as well as tinted moisturizers, concealers, blush, luminizer, bronzer, mascara, and lip products.

Shoes are getting increasingly fashionable these days, and Sarah Jessica Parker launched the SJP Collection shoe line as though she knew footwear would always be in style.

Sarah’s SJP Collection shoe line debuted at Nordstrom in February 2014. In fact, Sarah’s firm debut sparked a commotion among customers when she opted to promote the line in more traditional ways by making personal appearances in several cities.

The Honest Company, which Jessica Alba and her business associate Christopher Gavigan co-founded in 2012, sells a range of household items, diapers, and personal care items. The business was profitable and had a value of approximately $550 million as of February 2022.

Not only that, but the actress decided to start another business called “Honest Beauty,” which is a line of skincare and cosmetics. Jessica reportedly had 6.5 percent of the company’s shares as of April 2022 and served as its chief creative officer at the time.

Another celebrity turned business owner on the list is Hailey Baldwin-Bieber, who recently launched her skincare line, “Rhode,” which comes from her second name, just this year.

Her company is something that many people have been anticipating up until its launch since the model teased promises of gloriously dewy skin, also called a “glazed doughnut-like skin,” that has become a trend on social media.

It releases its first three skincare essentials, the Peptide Glazing Fluid, Barrier Restore Cream, and Peptide Lip Treatment, which are also surprisingly affordable. However, Hailey’s business was immediately subject to a lawsuit, which she ended up winning because of the name.

Who said there were no guys on this list? Post Malone decided to make the most of his good fortune, and in May 2020, he introduced his brand of French rosé wine, Maison No. 9, which was named after his all-time favorite tarot card, the Nine of Swords.

Knowing how big the wine industry is, with multiple well-known wine brands, his business was able to sell out in two days after becoming offered for purchase. In addition to his wine, Post made an investment in Envy Gaming in August 2020 and later became a co-owner of the firm.